Even after more than 150 years, Ave Maria Press remains committed to the core mission set by Rev. Edward Sorin, C.S.C., 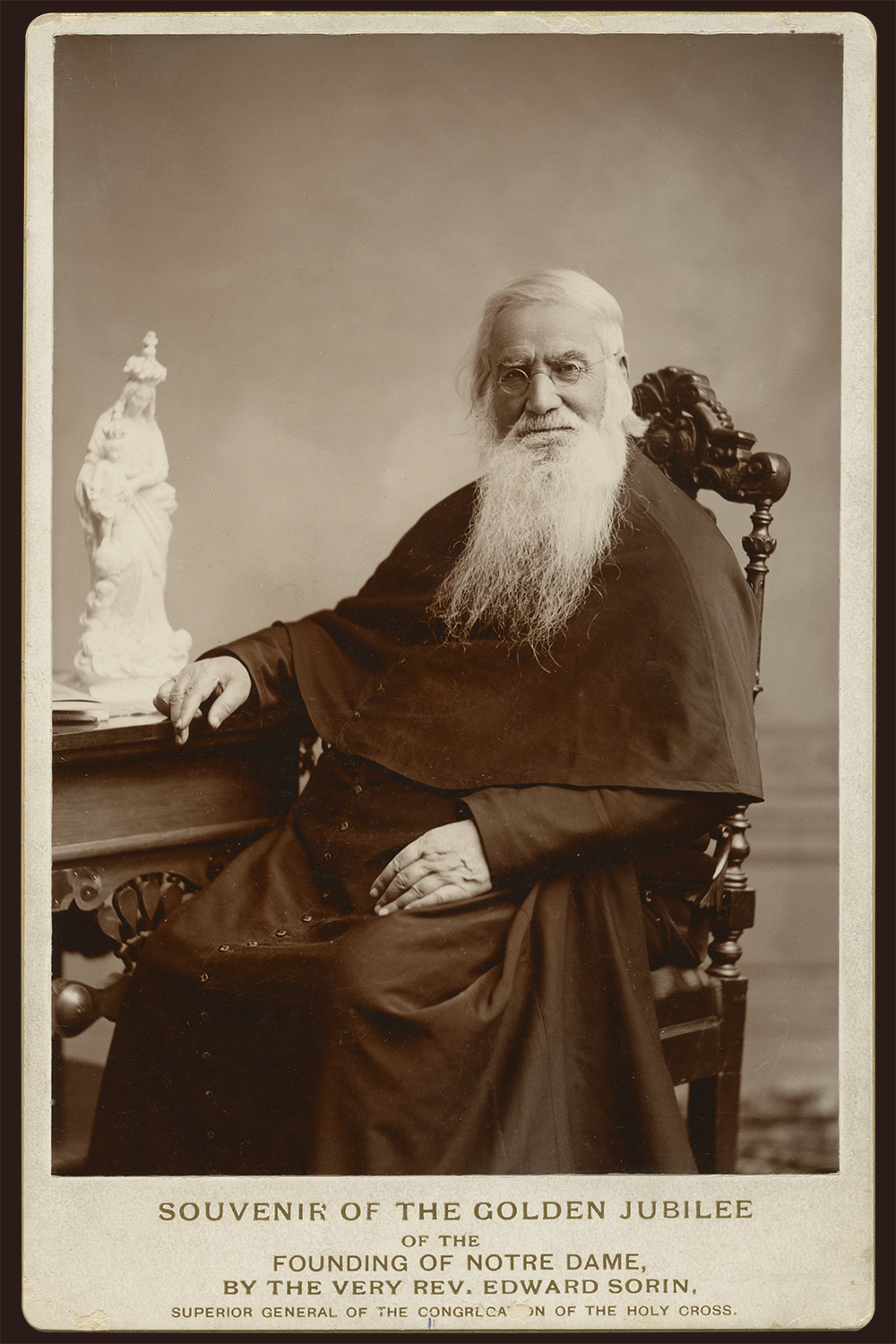 in 1865 as he established the Congregation of Holy Cross in the United States.

Ave was the third apostolate of Holy Cross founded in the US by the missionary priest, following the University of Notre Dame and St. Joseph’s Parish in South Bend, Indiana. Fr. Sorin started The Ave Maria magazine to honor Mary, focus on Catholic families, and showcase the best American Catholic writing. The first issue was a 16-page weekly edited by Fr. Sorin himself. Many had doubts about whether the publication would survive because of the fate of other Catholic periodicals, as well as the mainly poor, immigrant makeup of the American Church, but The Ave Maria did thrive for more than 100 years and at one time was the most popular Catholic magazine in the country.

Fr. Sorin believed that The Ave Maria would “be the source of most abundant blessings, one of the best things ever done in the Congregation, and ultimately a glorious work for our Blessed Mother.”

Under the leadership of Rev. Daniel E. Hudson, C.S.C., who served as the third publisher from 1875 to 1930, the magazine grew from 10,000 subscribers to 35,000. It boasted contributions from every important Catholic writer of the time, as well as Holy Cross religious that included Revs. J. A. Zahm, C.S.C., and John Cavanaugh, C.S.C. Under Fr. Hudson, Ave began publishing hardcover books of inspirational Catholic stories. 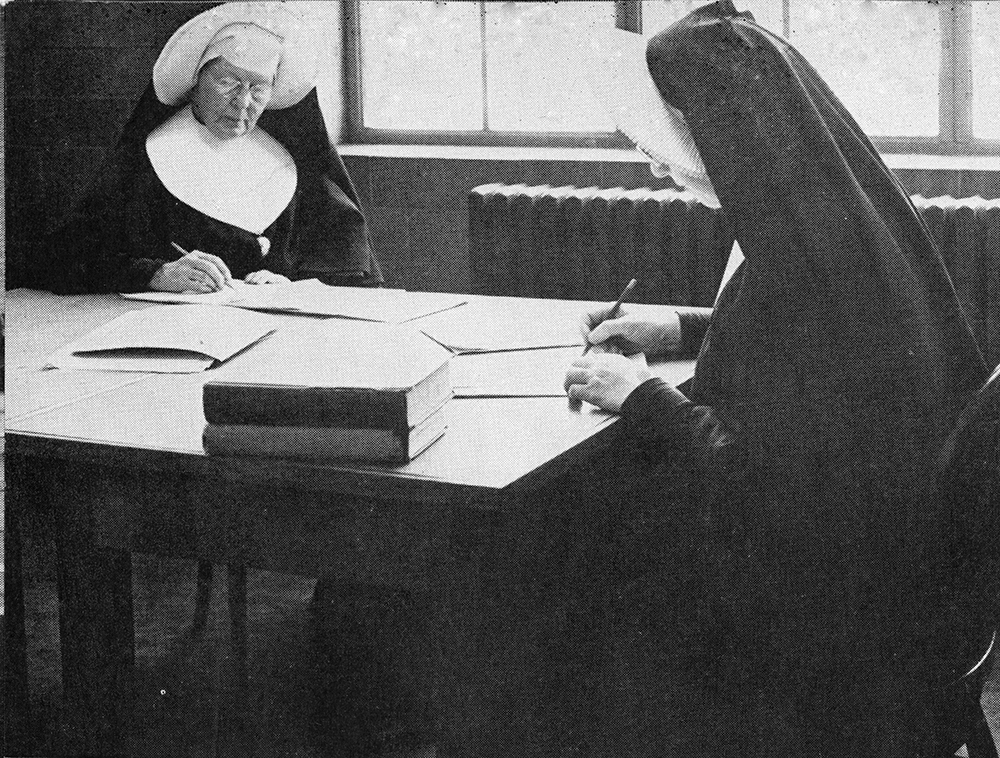 Eight Holy Cross priests served as editors and publishers between 1865 and 1994, but Holy Cross brothers and sisters also have been an important part of Ave Maria Press as well. Br. Stanislaus, C.S.C. (John A. Clarke), was the first printer, pressman, and proofreader for The Ave Maria. He trained Mother Angela Gillespie, C.S.C., and her Holy Cross sisters to set type, proof, fold, and stitch sheets by hand. About 1873, the sisters assumed more of the work at the magazine and served in a variety of roles, including writers and proofreaders, which continued until about 1950. Holy Cross brothers served with zeal as printers and handlers for more than 100 years. Traveling by foot, train, trolley, buggy, and car, the brothers also acted as canvassers to get the magazine into Catholic homes in the United States, Canada, and Australia. 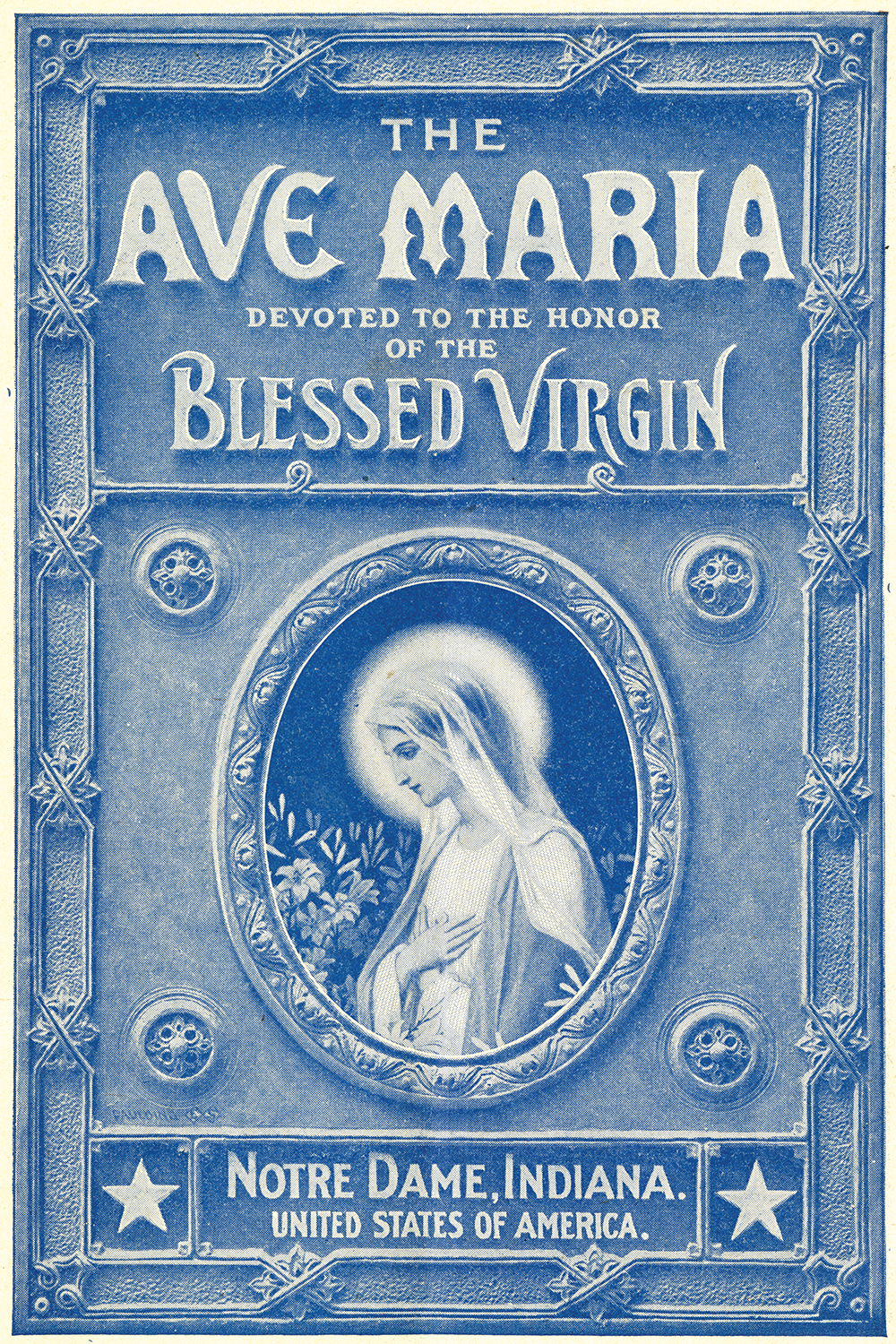 Maria in 1970. He wrote in that issue, “The identity of Ave Maria magazine submerges itself in a new effort to serve the religious needs to today’s audience.”

Now established as a major Catholic book publisher and still under the ownership of the United States Province of the Congregation of Holy Cross, Ave Maria Press is home to Sorin Books, Forest of Peace, and Christian Classics. It perpetuates Fr. Sorin's vision to honor Mary and provides an important outlet for good Catholic writing and remains one of the oldest, continually operating Catholic publishing houses in the country and a leader in publishing Catholic high school religion textbooks, ministry resources, and books on prayer and spirituality.